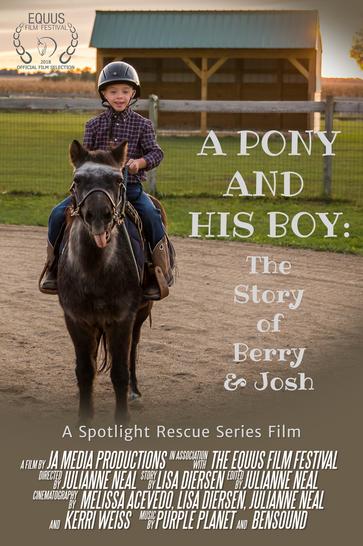 I am often asked to describe the experience of raising a child with a disability - to try to help people who have not shared that unique experience to understand it, to imagine how it would feel. It's like this......

When you're going to have a baby, it's like planning a fabulous vacation trip - to Italy. You buy a bunch of guide books and make your wonderful plans. The Coliseum. The Michelangelo David. The gondolas in Venice. You may learn some handy phrases in Italian. It's all very exciting.

After months of eager anticipation, the day finally arrives. You pack your bags and off you go. Several hours later, the plane lands. The stewardess comes in and says, "Welcome to Holland."

"Holland?!?" you say. "What do you mean Holland?? I signed up for Italy! I'm supposed to be in Italy. All my life I've dreamed of going to Italy."

But there's been a change in the flight plan. They've landed in Holland and there you must stay.

The important thing is that they haven't taken you to a horrible, disgusting, filthy place, full of pestilence, famine and disease. It's just a different place.

So you must go out and buy new guide books. And you must learn a whole new language. And you will meet a whole new group of people you would never have met.

It's just a different place. It's slower-paced than Italy, less flashy than Italy. But after you've been there for a while and you catch your breath, you look around.... and you begin to notice that Holland has windmills....and Holland has tulips. Holland even has Rembrandts.

But everyone you know is busy coming and going from Italy... and they're all bragging about what a wonderful time they had there. And for the rest of your life, you will say "Yes, that's where I was supposed to go. That's what I had planned."

But... if you spend your life mourning the fact that you didn't get to Italy, you may never be free to enjoy the very special, the very lovely things ... about Holland.

An award-winning heartwarming story about an 8-year-old boy with Down Syndrome and a very special little 28-year-old pony.

“A Pony And His Boy” has been selected to screen at the National Down Syndrome Congress in June.

“A Pony and His Boy: The Story of Berry & Josh” directed by Julianne Neal, shows the power of a pony and the effect that he has had on one small boy. Josh, an 8-year-old with Down Syndrome, had been afraid of animals, especially horses all of his life. One summer afternoon, when walking in the pasture full of horses with his mom and Lisa, Josh was asked "Do you want to ride?" When he surprisingly said yes, they caught him off-guard, swept him up and placed him on Berry. The relationship that started between Berry and Josh that day has been life-changing, not only for Josh, but for everyone who loves him.

Filmed in Illinois, North and South Carolina, plus featuring heartfelt testimonials and informative interviews, “A Pony and His Boy” is a testament to the power of the horse.

EQUUS Film Festival is proud of our partnership with Director Julianne Neal who has helped to create the Spotlight Rescue Series. We are working together to bring the issues facing horses today to the world through documentaries. Collaborating as well to highlight some of the wonderful stories of horses helping people. The new film “A Pony And His Boy”, is one of those stories. Many people have now found the wonderful power of horses to help break through the silence of Autism and the pain of PTSD. This film addresses Down Syndrome and the power of horses to help us connect. Berry, the pony star of the film, teaches us that even though a pony may be old it doesn’t mean he can’t find a new job and be loved.

The EQUUS Film Festival hosted the Midwest Premier of “A Pony And His Boy: The Story Of Berry & Josh” at the ARCADA Theater in St Charles, Illinois, January 23, 2019.

What is Down Syndrome?

In every cell in the human body there is a nucleus, where genetic material is stored in genes. Genes carry the codes responsible for all our inherited traits and are grouped along rod-like structures called chromosomes. Typically, the nucleus of each cell contains 23 pairs of chromosomes, half of which are inherited from each parent. Down syndrome occurs when an individual has a full or partial extra copy of chromosome 21.

She is the Coordinator if Visual and Performing Arts for the Fairfield County School District. She is also the grants manager for the South Carolina Arts in the Basic Curriculum project and they have received funding from that as well as a Distinguished Arts Program Award that have provided the cameras for this and other projects. They currently partner with the district Special Services department on a study that is determining the effect of the arts/film on our special services population.

ABOUT THE EQUUS FILM FESTIVAL

The sixth annual EQUUS Film Festival took place November 29 – December 2, 2018 in New York City and is the first event of its kind to offer a home to the storytellers of the horse world, with films, documentaries, videos, commercials and shorts from around the world and cultural elements of fine equestrian art and literature.

Founded in 2013 by Lisa Diersen, Director/Organizer, an avid equestrian, who has spent her life in the company of horses. The festival was joined by Diana De Rosa, and international equine photographer and journalist in 2015, as Co-Organizer of the NYC Festival. The EQUUS Film Festival highlights and rewards the diverse and creative efforts of those who pay artistic homage to the horse.

Lisa’s mission is to show the world how horses can bring everyone together regardless of race, age, gender, abilities or disabilities. She presently raises, trains and loves Lusitano horses in Maple Park, Illinois.

The EQUUS Film Festival is now available ON-DEMAND, streaming to all your devices.

WHAT IS DOWNS SYNDROME?

In every cell in the human body there is a nucleus, where genetic material is stored in genes. Genes carry the codes responsible for all our inherited traits and are grouped along rod-like structures called chromosomes. Typically, the nucleus of each cell contains 23 pairs of chromosomes, half of which are inherited from each parent. Down syndrome occurs when an individual has a full or partial extra copy of chromosome 21.